The changes in California marijuana laws over the last few years have shaped a whole new market for all types of businesses and farms of all sizes. Although many experts criticize the new California cannabis laws because they hinder access to legal marijuana, there are more pros than cons. Let’s dive into the history of California marijuana laws, the present landscape, and the possibilities for the future.

The pioneering state has a long history with marijuana regarding legalization, dating back to the 18th century. Long before any type of prohibition, industrial hemp – the non-psychoactive version of cannabis – was a prevalent crop all around California, with up to 200 thousand pounds produced per year in the early 1800s. Immigrants from South Asia started growing cannabis for recreational use and hashish extraction in the late 19th century.

During the 1900s however, several state and federal legislations were brought into place to punish the possession, sale, cultivation, and distribution. This didn’t stop the people, however. Cannabis popularized in the U.S. during the 1950s and 1950s, and in the golden state, it was no different. In the 70s, the Humboldt County area became one of the world’s most well-known spots for cannabis production. The cultivation back then was illicit and growers faced numerous raids and interventions from federal law enforcement.

California was the first state to propose an initiative to legalize marijuana, back in 1972, although it was not approved. Decriminalization of cannabis was established in 1975 when small possessions (one ounce or 28 grams) became a civil offense only. California was also the first state in the U.S. to legalize medical marijuana, thanks to the Compassionate Use Act of 1996. In 2016, the Adult Use of Marijuana Act legalized recreational use for adults, as well as sales, distribution, and commercial growth. Many states followed California’s lead approving recreational and medical marijuana laws.

The Golden State is now home to one of the largest legal marijuana industries in the world. Although legalization efforts created an exciting new market for California, large scale growers and consumers still face many obstacles with restrictive permits. Despite criticism and bureaucracy issues, however, legalization opens the doors to numerous legit businesses and creates thousands of jobs.

Since 2018, the state has been issuing licenses to cannabis businesses or commercial cultivation for recreational purposes. There are different types of licenses depending on the field of business, including cultivation, retail, distribution, manufacturing, testing laboratories, and event organizers. Every business should hold a state license and proof of approval from the local jurisdiction. If you’re starting your own establishment, you can learn more about cannabis commercial licensing in California.

Growing marijuana for your own consumption is also legal in California without the need for a license or even a medical marijuana card. The legislation allows adults to grow up to six cannabis plants indoors for their use without the need for a license. You can plant, cultivate, harvest, dry, and store your cannabis at home if you are older than 21. It’s essential to keep your plants away from public view.

The exciting part is that California people have access to all types of cannabis-based products that go much further than just buds. In local dispensaries, you can purchase all kinds of edibles, such as candies, gummy bears, carbonated drinks, dealcoholized drinks, tinctures, concentrates, oils, topicals, and much more. Luxury items such as high-end vaporizers, bongs, and all types of marijuana paraphernalia are among the top-rated gifts for adults.

California Marijuana Laws: What to Expect from the Future

As an entire market that operated under the radar comes to the surface, the stereotypes of cannabis consumers and business owners gain new perspectives. Marijuana businesses in California are as serious and streamlined as other types of corporations. The stereotype of the young adult stoner sitting on the couch and playing video games is becoming more and more outdated.

The legal cannabis user has high expectations too. When purchasing, consumers are looking for high-quality products that offer memorable experiences. Gone are the days when guests at a dinner party only bring their hosts a top-shelf wine as a thank you gift. Now many people compliment that bespoke bottle of red with top-shelf cannabis products to add a hint of tranquility to their social gatherings.

The days of buying illegal marijuana from a friend of a friend will soon be gone. Cannabis is becoming a high-end product with a very demanding and select consumer base. This trend means that if you are a dispensary buyer, you may find products more expensive, but you’ll get an incredible variety of high-quality goods. Some businesses may not survive the initial surge, but those who do will have a substantial market share.

Growers and enthusiasts are continuously working on perfecting their crops as well as their drying and curing processes. If you are a growing enthusiast, you’ll find a wider variety of high cannabinoid content strains with more stable genetics, especially if you’re growing cannabis clones. If you haven’t yet started your indoor grow, now is the perfect time because you no longer have to depend on the availability of your favorite strains at the nearby dispensary.

Many people say that whatever happens in California will dictate the trends for what will happen in the entire United States. So cannabis enthusiasts and business owners all around the country should certainly keep an eye on California marijuana laws. Although state regulations can differ immensely, consumer trends and successful business models may be much more similar than you think.

Cannabis News Blog is written and curated by Homegrown Nursery, your source for top-shelf cannabis clones in California. We love sharing everything about cannabis culture, legislation, and growing tips. 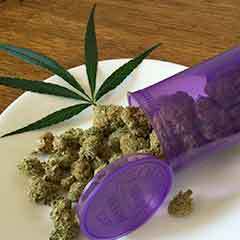 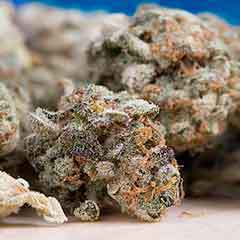